She's a very formal girl...
the kind you don't bring back from ba-hars...

First of all, yes, I just slayed an innocent song by Rick James. Secondly, "ba-hars" is the two-syllable version of bars. Third, why would a formal girl be in a bar anyway? And, finally, yes I am very, very lame. You SHUSH!

It hit me suddenly that there was no formal attire featured in The Girl Vermilion. So I decided to throw something together using one of THE best gown designers in SL, The White Armory. I'm sure these real life and Second Life designers need no introduction, but if so, here an introduction: 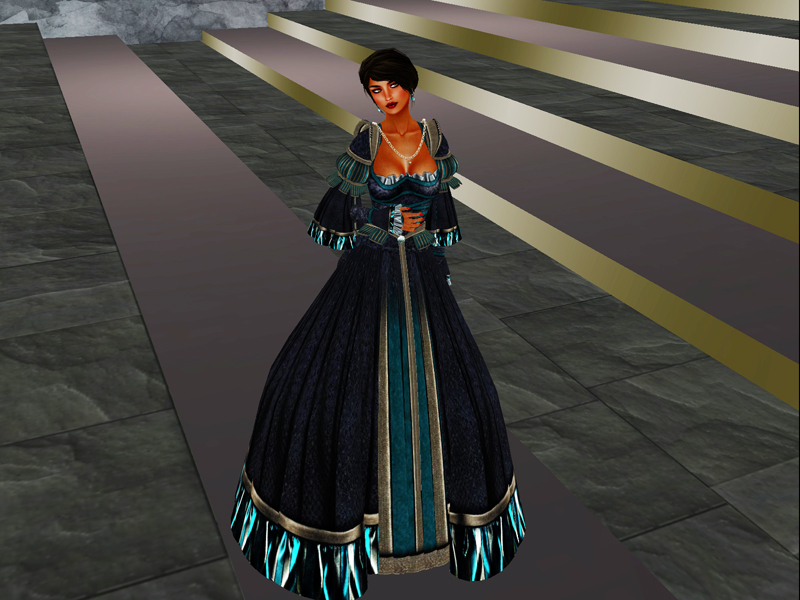 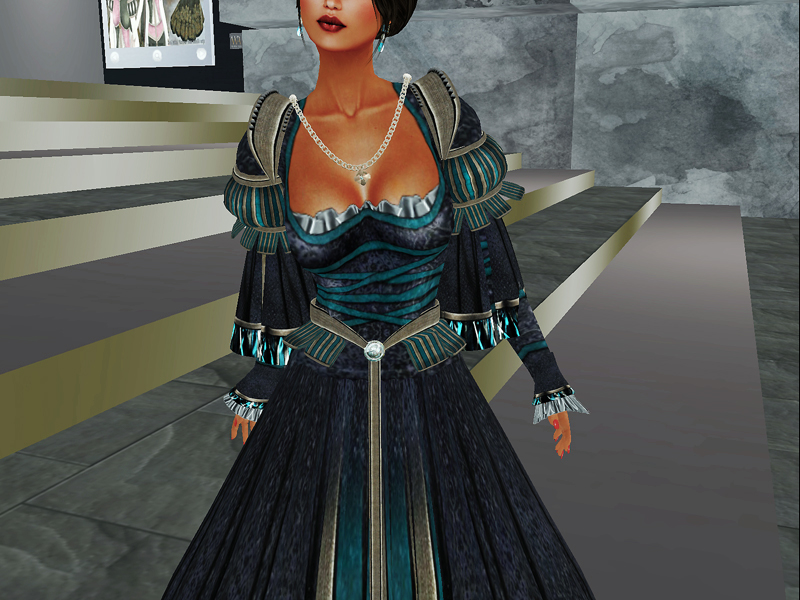 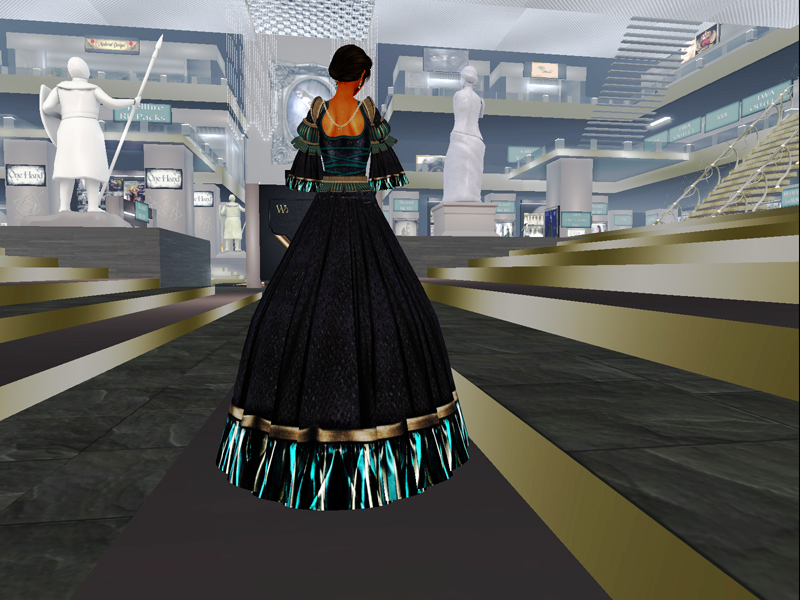 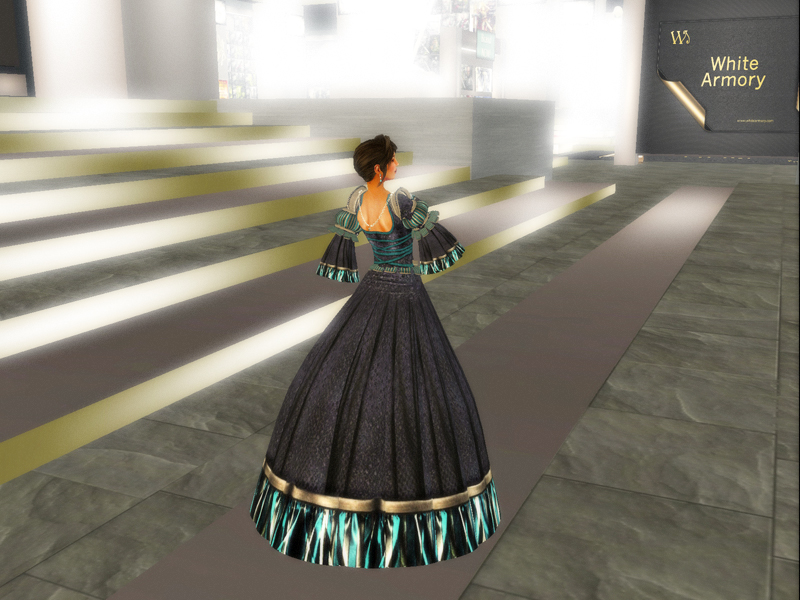 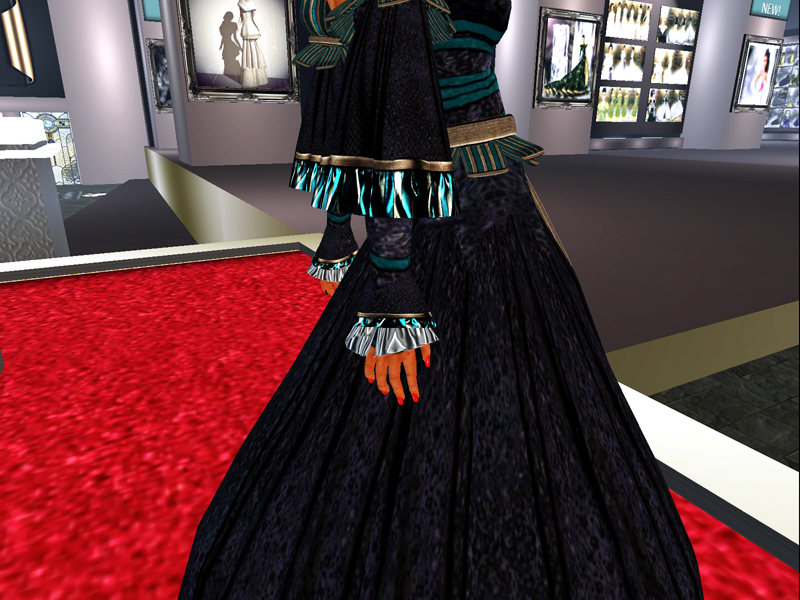 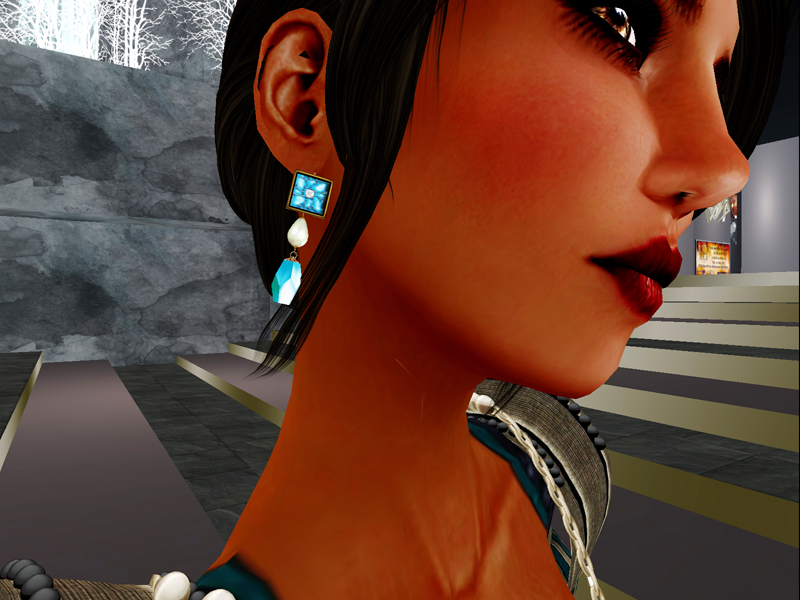 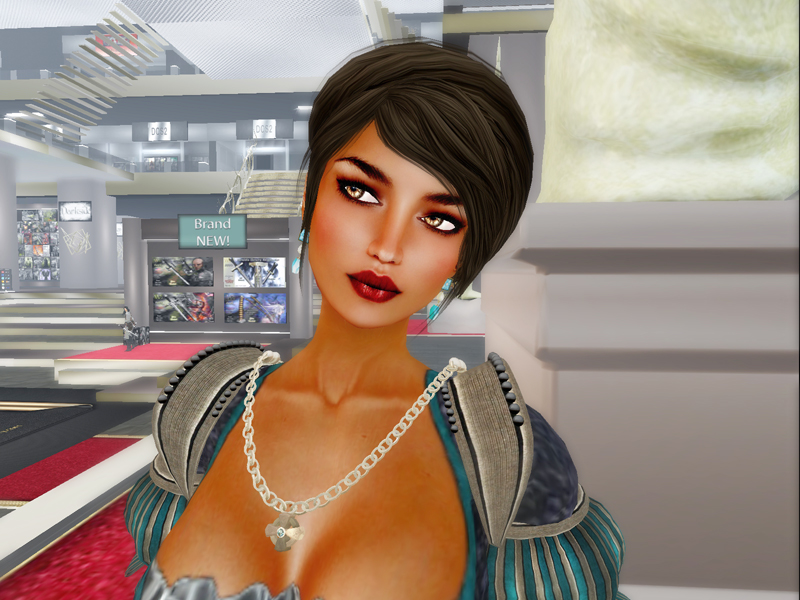 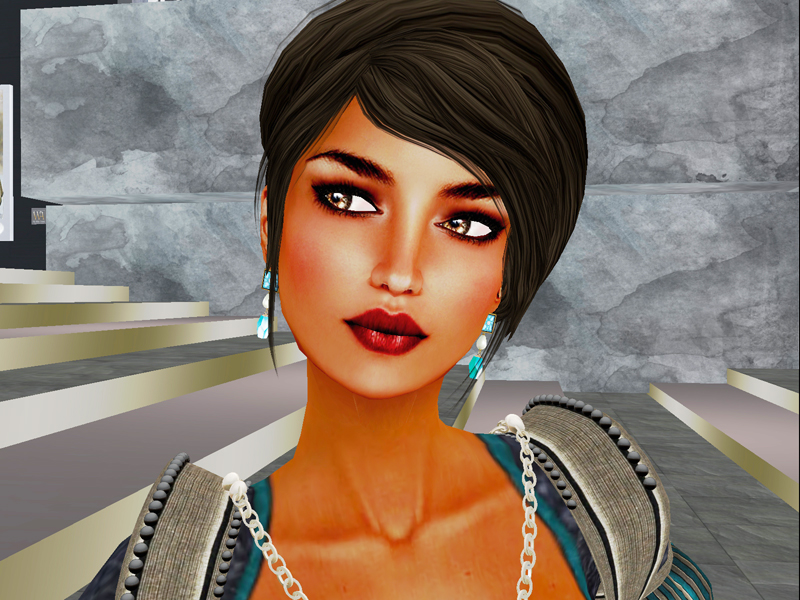 Beautiful, yeah? Well, there's more where that came from!

I happened upon The White Armory when my partner wanted to reopen his Gorean RP sim, Port Shiva. Of course, I needed medieval (for the free woman role) gowns ASAP! I'm pretty sure someone recommended the Armory to me. And, I'm telling you, I probably have more TWA gowns than I have Truth Hair. And that's really saying something!

All objects are resizable. All objects and clothing layers are highly detailed; I don't think I have bought a gown that contained less than 13 pieces in its boxed version.

When I started buying TWA gowns, each was $899L. That's not bad for these beautiful, hand-drawn designs, but it was not so easy to buy as many gowns as I wanted. But the prices for gowns have decreased, and there are ALWAYS (do you hear me? ALWAYS) stupid sales going on at TWA. I just bought two gowns for 300L each only yesterday! I've purchased a gown for as cheap as 100L, I kid you not. If you want to know about and take advantage of these sales, join the in-world group. Speaking of ze group, EVERY Sunday, I get a TWA gown FOR FREE just for being a TWA member. EVERY Sunday. Not every once in a while, not because I paid a fee to join (because there is none), but just because I am a group member! Don't you want to have four TWA gowns a month?

It doesn't stop there; there's an entire upstairs outlet where most, if not all, gowns are 250L and down. Plus, the outlet is always fattened with more and more gowns! Now, the new releases are 799L each.

Here's the gown I'm wearing for this blog entry. It's called Quest for Power.It costs 699L in spite of the vendor art. This is a STEAL; go get it! 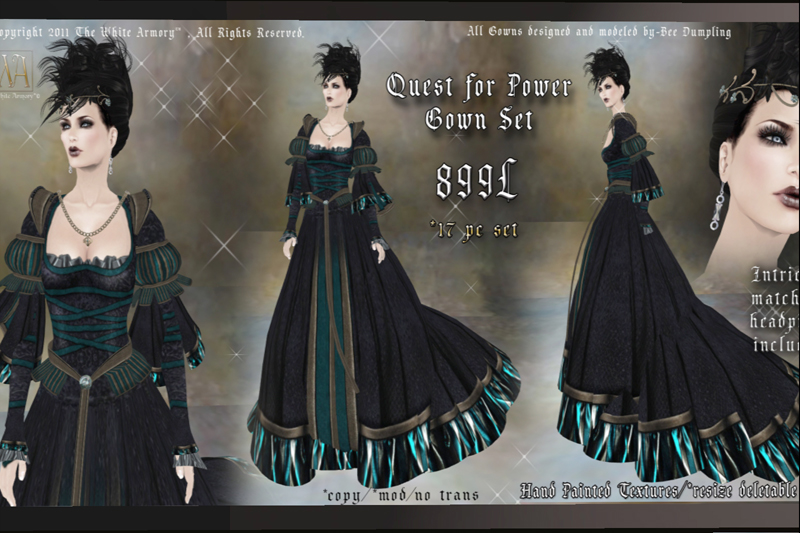 The next gown is the Heavenly Body gown! This was my very first TWA purchase; I bought it for the Gorean RP, Port Shiva. It's only 500L! 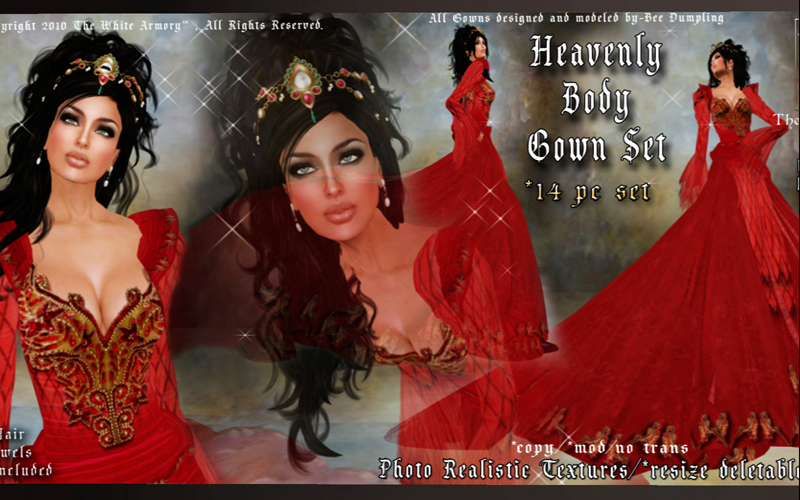 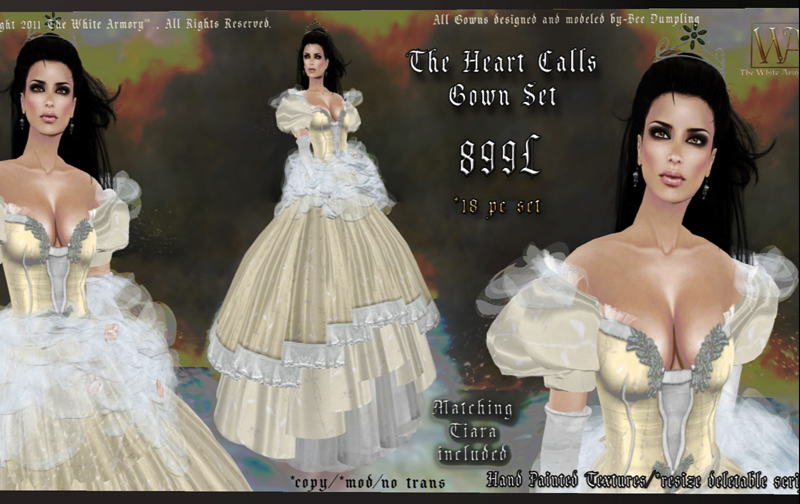 I own all three of these gowns, and although the vendor art is quite lovely, the in-world gowns are not done justice in my teeny weeny blog!

And, before I go, the designers and store owners are some of the nicest people you'll encounter in SL. Bee Dumpling and Ida Donaldson are simply amazing! There's not a time when I have bothered either with a notecard or an IM and they were not absolutely willing to help and bend over backwards to bring a smile upon my face! They are great people. Seriously.

Email ThisBlogThis!Share to TwitterShare to FacebookShare to Pinterest
Labels: LAQ, The White Armory 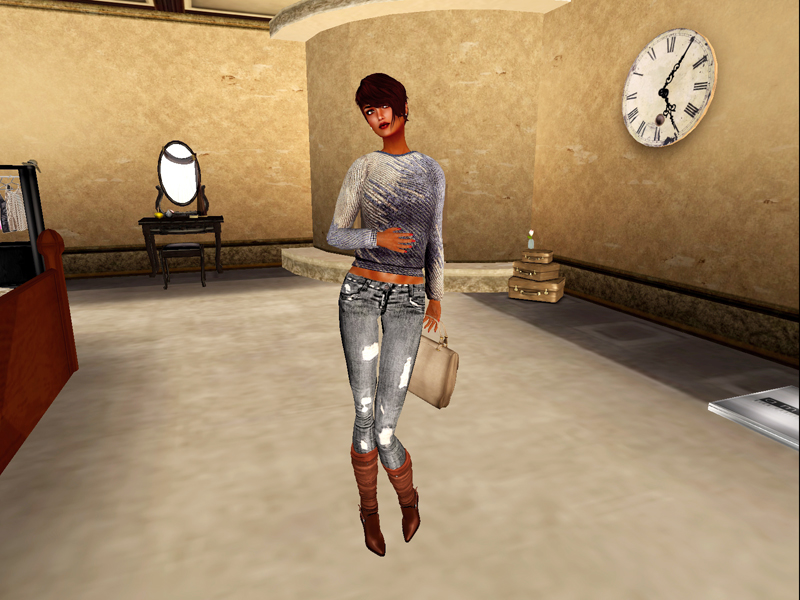 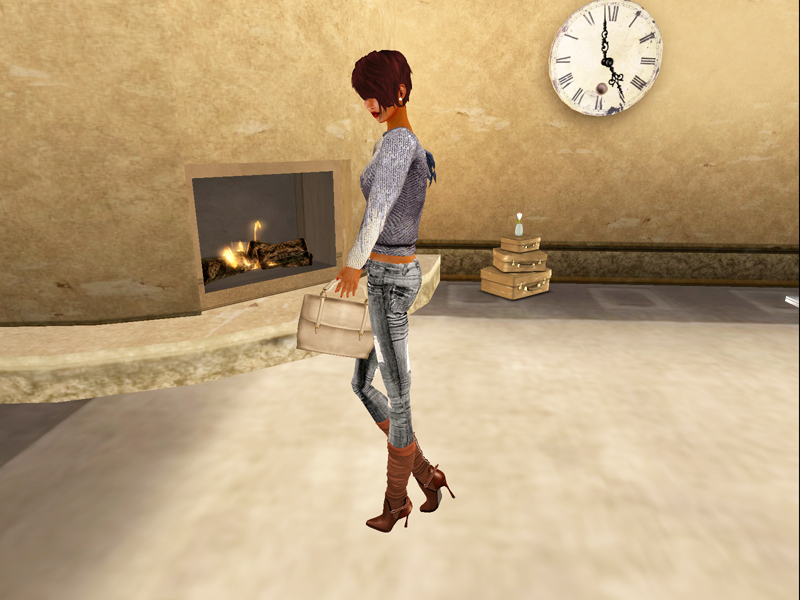 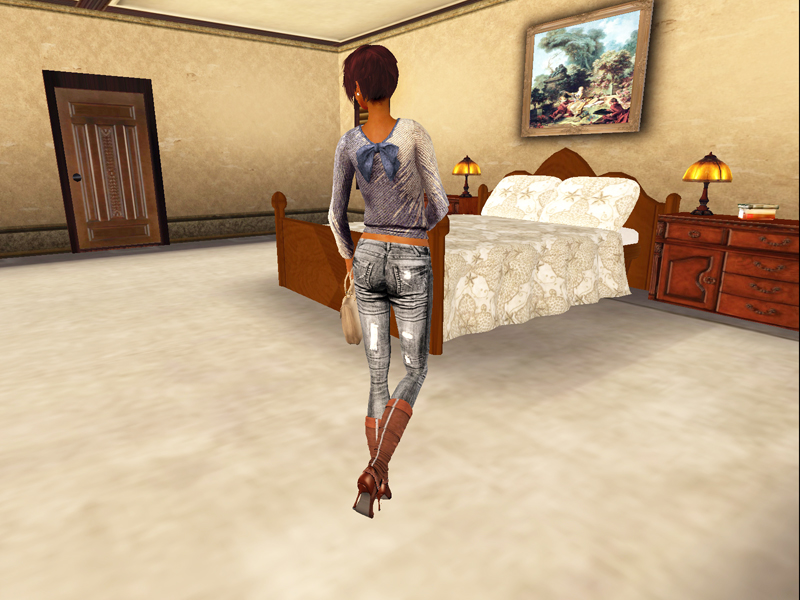 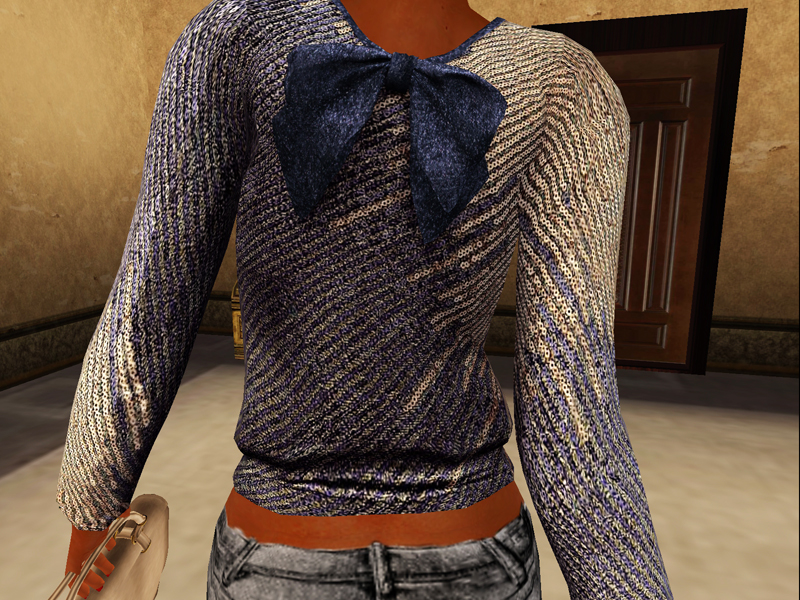 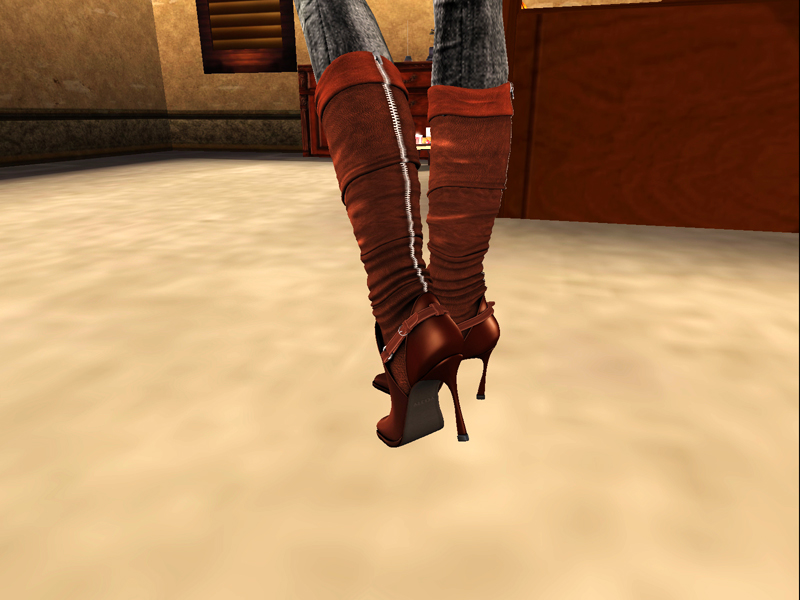 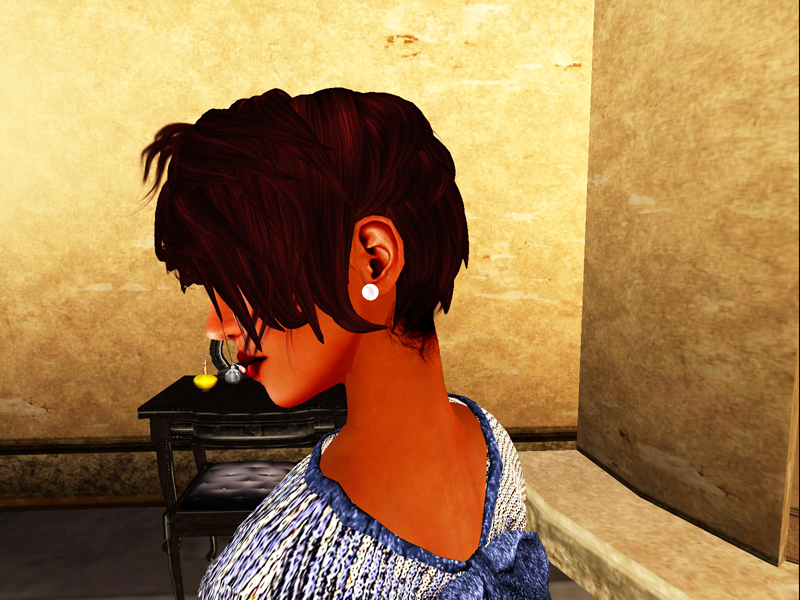 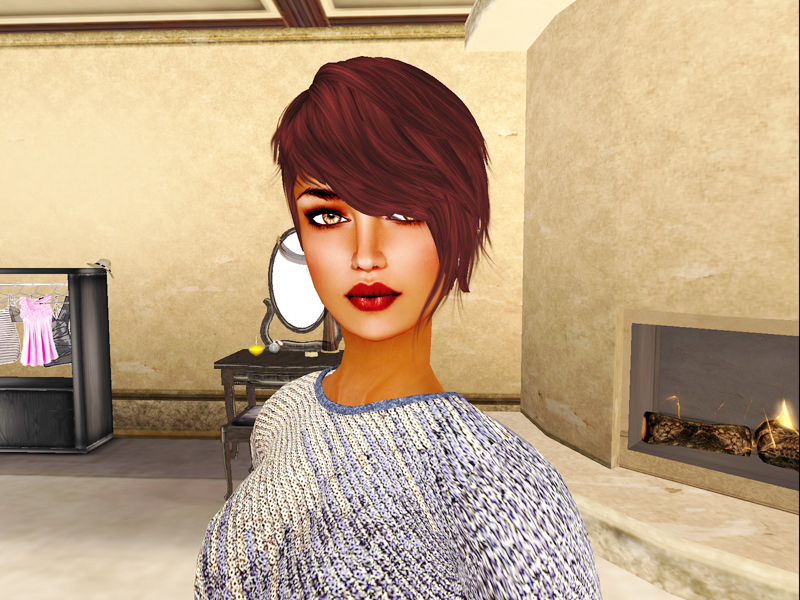 I fought the mesh trend for so long. I don't despise change, but after I'd read a post on the Phoenix Viewer blog about possible issues, I was very hesitant to try anything mesh. Then, you could always find me highly (and very vocally) resistant to making the change.

But then the promise of NO MORE PRIM SKIRTS persuaded me to think again. I just downright hate prim skirts. Shorts with "fabric" in front of them? Ugh. When my and others' avies move, the legs stretch and warp the texture of the prim. Ew!

After I tried my first mesh item, which was the Yippie hair from Lelutka, the rest was history! I'm a total meshwhore (or meshy whore?) now. I actually prefer mesh over non-mesh items, for the detail and for the simplicity. (Many mesh items, such as dresses, are one piece with no need for multiple clothing layers).

Don't get me wrong; there are some GREAT non-mesh items, as you've seen. (For instance - and disclaimer; this may be a very premature estimation - I tried Truth's first mesh hair, Janey, and I'm more a fan of their non-mesh hair). But, for the most part, I'm a meshy whore! 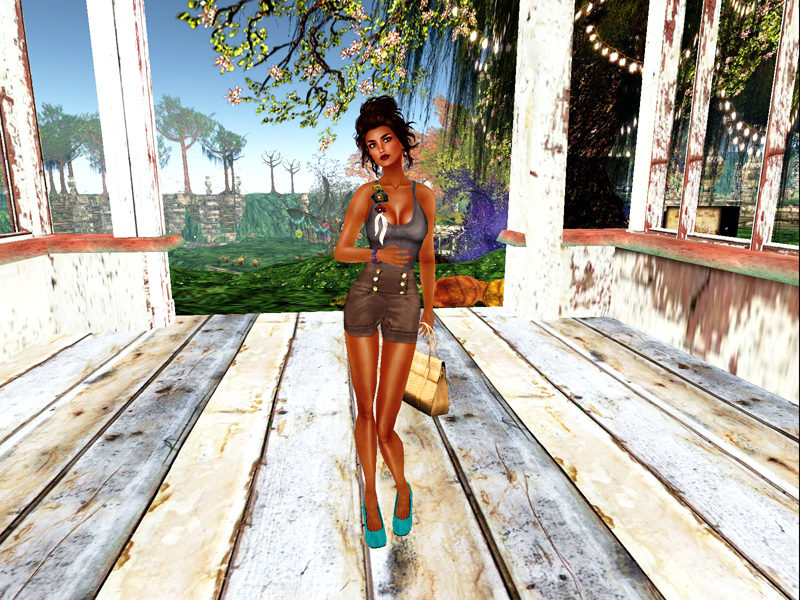 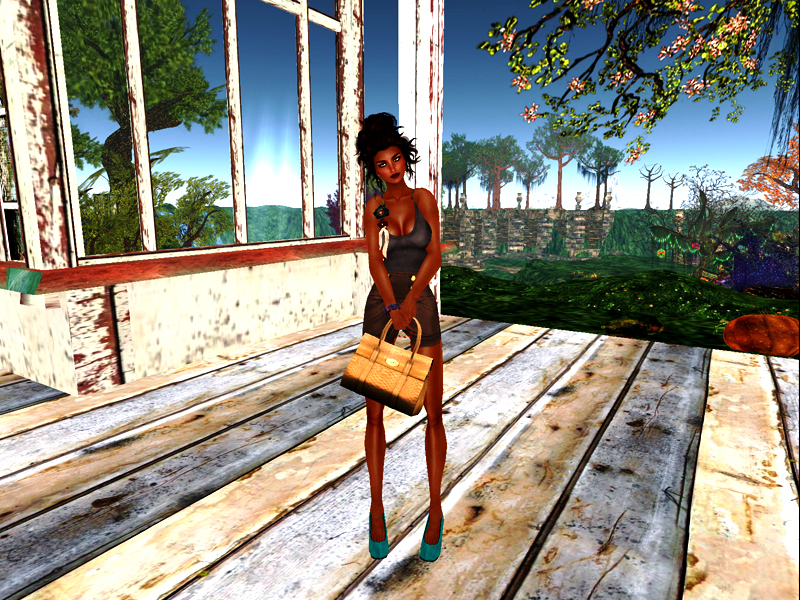 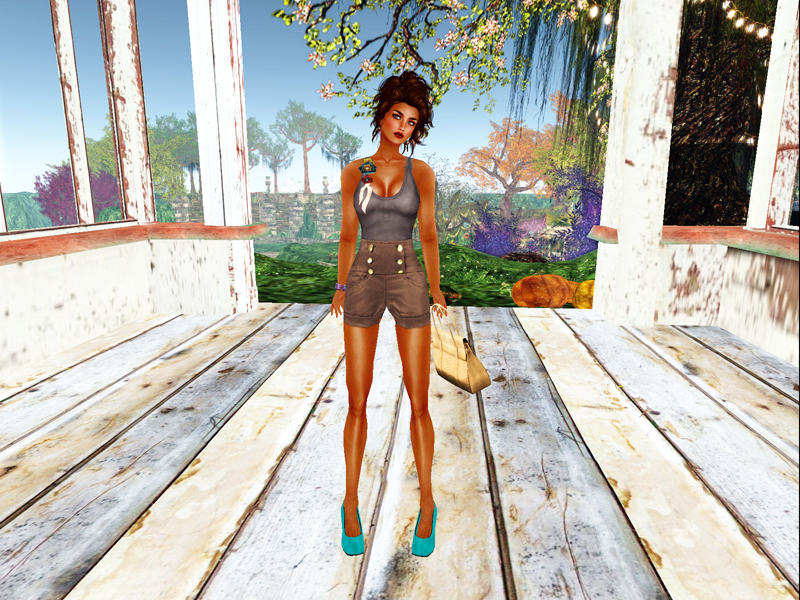 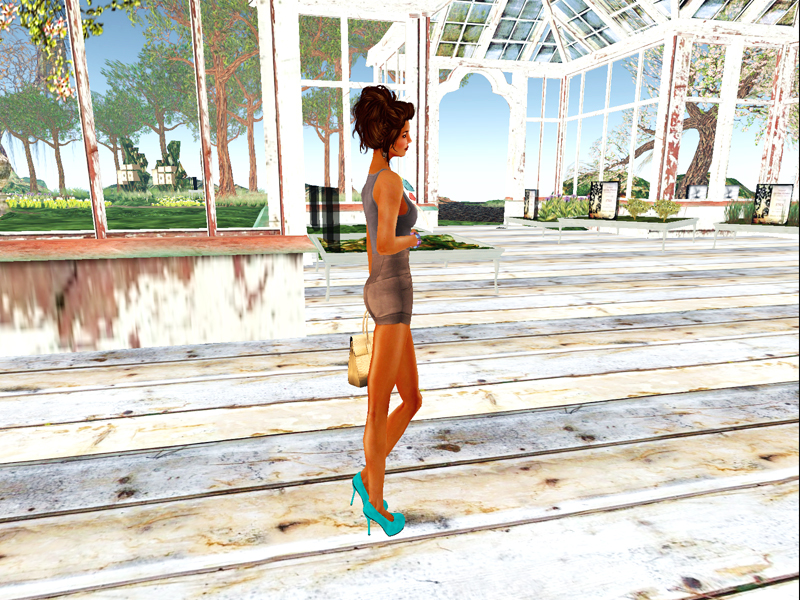 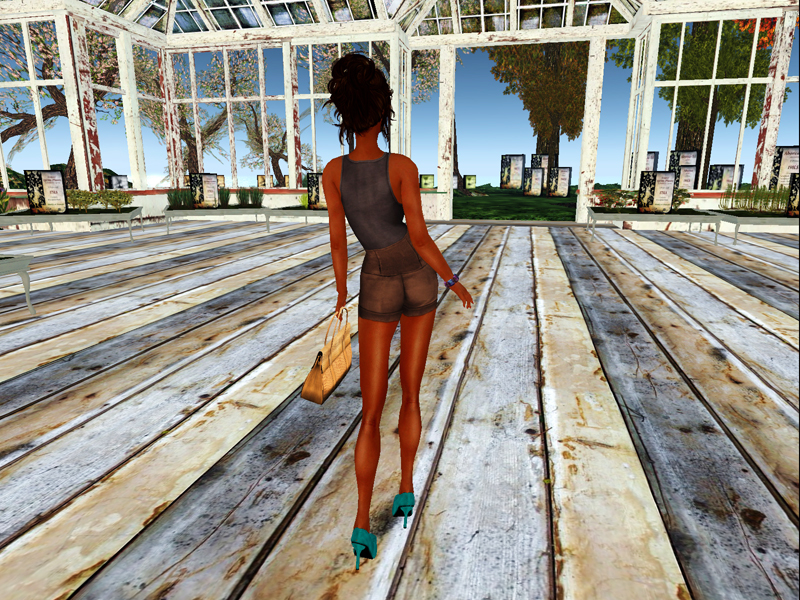 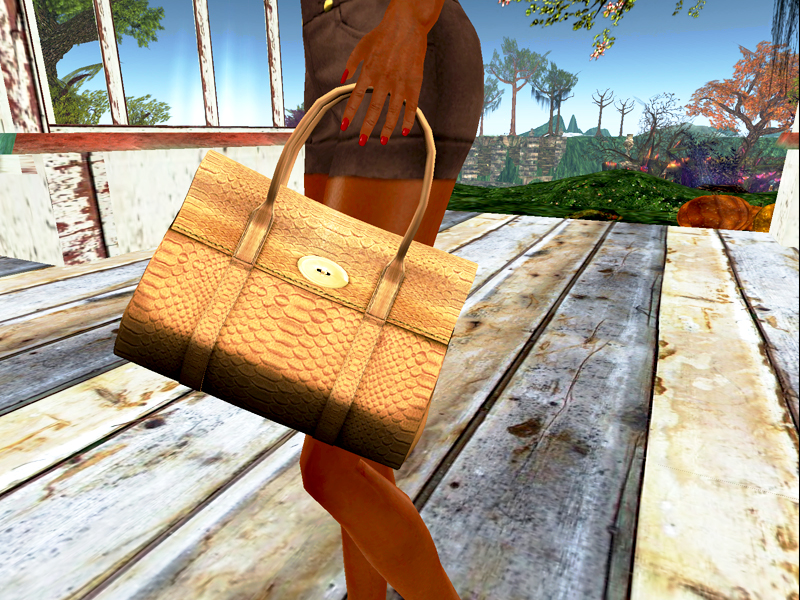 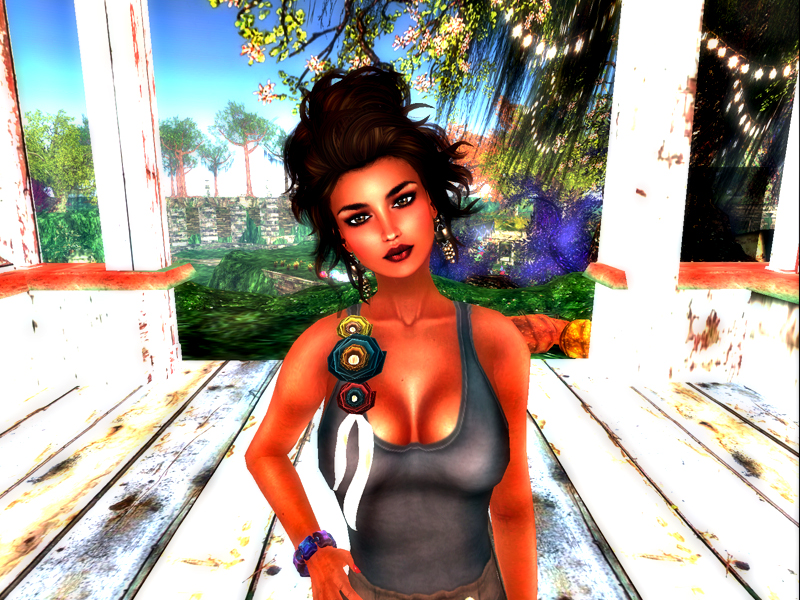 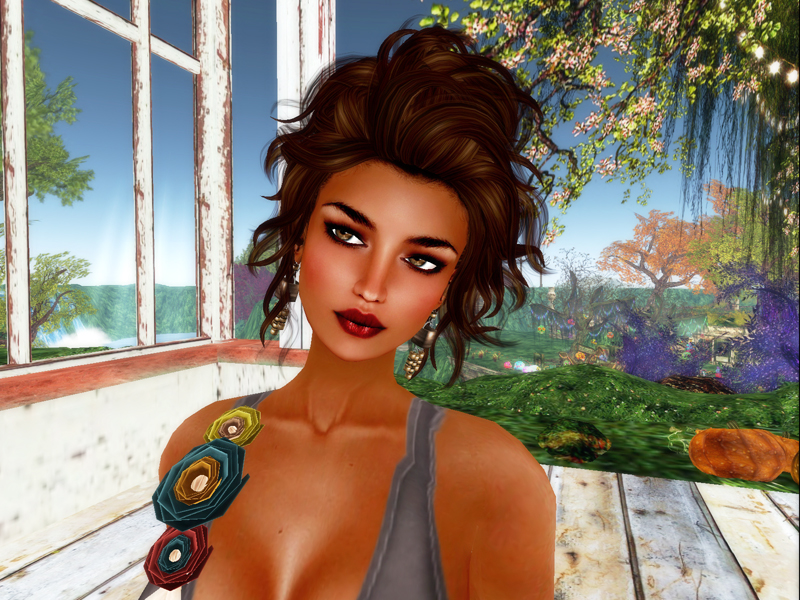 No One Told Me About Her

Inferna Marker
"...for a while, seek to know no more of me and mine, but trust me with all your loving spirit." Find me (Inferna Resident) inworld!

If you would like me to review your product, I'd be absolutely honored to do so! However, I do reserve the right to blog only that which I would wear.

Please send me a folder including not only the product you wish to be reviewed, but also a LM to your store and a notecard including pertinent information (cost, contents of package, etc.)

Upon review, I will send you a link to the blog post. Comments are more than welcome!

Thank you for considering me! If you have any questions, please feel free to IM me (if I'm online) or send me a notecard (if I'm offline)!

Marking up the Calendar


How I Know About All ze Events? Seraphim. Use Seraphim for pictures of items being offered at most, if not all, of the above events.